LINK TO ALL FINAL ACTIONS

“Together, we have accomplished a great deal this year to help California families get ahead and made historic progress on some of the state’s most intractable challenges.”

SACRAMENTO — Governor Gavin Newsom took his final actions of the 2019 legislative season today and thanked the Legislature for their work and accomplishment on enacting 870 bills in the following statement:

“I want to take a moment to congratulate the Legislature on their work this year and to thank Senate President pro Tempore Toni Atkins and Speaker of the Assembly Anthony Rendon for their leadership. Together, we have accomplished a great deal this year – through the budget and legislation – that helps California families get ahead and tackles some of the state’s most intractable problems.

“California, faced with catastrophic wildfires, invested $1 billion to prevent, mitigate and recover from wildfires, disasters and emergencies. And in July, our state enacted something that few people thought could be done – wildfire legislation that moved California closer to a safer, reliable and affordable energy future.

“Our state is doing more now than at any point in our history to help California families tackle the challenges of affordability and provide opportunity to all Californians – more than doubling tax cuts for working families, expanding paid family leave, increasing access to early childhood education, and taking on payday lenders.

“On education, California brought disparate sides in the education community together and forged a historic agreement on changes to charter school law that was years in the making. We invested more in K-14 education than at any point in our history, and put on next year’s ballot the chance to make long-overdue investments in school infrastructure and safety. California made two years of community college tuition-free, increased financial aid for parents pursuing a college degree and kept tuition from rising in our UC and CSU systems.

“We have helped defend our state from Trump’s attacks – blocking the Administration from using state lands to open up drilling on protected federal lands. We took on the long-standing challenge of clean drinking water systems, became the first ever to require SMOG tests for semi trucks and convinced four major auto-makers to stand up for higher emission standards and oppose the Trump administration.

“California is once again striking out against injustice and leading the nation by example. We passed one of the country’s strongest police use-of-force laws, and outlawed private, for-profit prisons. California became the first state in the nation to stand up to the NCAA’s long-standing profiteering from student athletes. California took first-in-the-nation steps to strengthen our gun safety laws, protect workers and defend reproductive health care rights. We continued to make progress reforming our criminal justice system – eliminating a major mandatory minimum sentence and establishing a system to seal arrest and conviction records for low-level offenses.

“We are proving that our state is successful not despite our diversity, but because of it. California isn’t just defending our vibrant immigrant communities. We are affording all Californians – regardless of immigration status – the chance to serve their communities and give back.

“In California, we are putting in place new reforms of agencies that don’t serve the public as well as they should – pushing the DMV to join the 21st century, giving new authority to the California Public Utilities Commission (CPUC) to enforce wildfire safety standards, and recasting the priorities of our state’s agency that regulates oil and gas extraction.

“California did all of this while living within our means: creating the largest rainy day fund in California history, paying down pension liabilities and eliminating our state’s wall of debt.

“In my inaugural, I spoke of the California Dream as a house – one that must be built on a strong fiscal foundation. For that reason, I am returning a number of bills to the Legislature without my signature that would significantly increase costs outside of the state’s regular budget process.

“We have clearly achieved a great deal together, and I commend the Legislature for their hard work. I look forward to our continued partnership as we head into the new year and continue to tackle challenges of affordability and work to expand opportunity to all Californians.”

In his final action of the 2019 legislative season, the Governor today vetoed a number of bills that would significantly increase costs outside of the state’s regular budget process. In total, Governor Newsom vetoed bills this year costing $1.2 billion, increasing to $3 billion ​annually at full implementation. He also took action on a number of other bills.

If you want postcards to send to the Governor, contact Sally Zinman sallyzinman@gmail.com or 510 581 6165

I am thrilled to let you know that SB 10, which will create state certification for peers, is on its way to the Governor.

Your unwavering support and enthusiasm has gotten us this far, and we need a final push to make sure the bill gets signed. We are hopeful that this new administration will keep its promise to take action on mental health. Let’s make sure they know how important this is to so many people.

The Governor’s office needs to hear from us- as soon as possible. Attached is a template letter that you can personalize. Please deliver to the Governor, or email to Sunshine and Tania, cc-d.

Please share this with anyone that might like to join in. Thank you for all you have done and are still doing to make peer certification a  reality in California.

(From Steinberg Facebook Post): SB 10 (Beall), which would establish a statewide peer support specialist certification program, received bipartisan support with a 79-0 vote and passed off the Assembly Floor today. The Steinberg Institute is a proud co-sponsor along with the Los Angeles County Department of Mental Health and the Mental Health Services Oversight and Accountability Commission. Thank you to Asm Waldron and Senator Beall for your leadership on this important issue.

*If you want to become a Peer Action League Member, please go to:https://www.surveymonkey.com/r/INDIVIDUAL-PAL-APP

***Advance Notice for translation, interpretation or for accommodations will be honored*** Please contact Karin at klettau7@gmail.com to confirm.

Presented by the California Association of Mental Health Peer Run Organizations (CAMHPRO) in partnership and collaboration with Heart & Soul, Inc.

Do you want to be part of something bigger than yourself?
Become a member of Peer Action League (PAL)

Register for one of the INTRO TO PAL Webinars:

TO APPLY using SurveyMonkey or by downloading the PDF 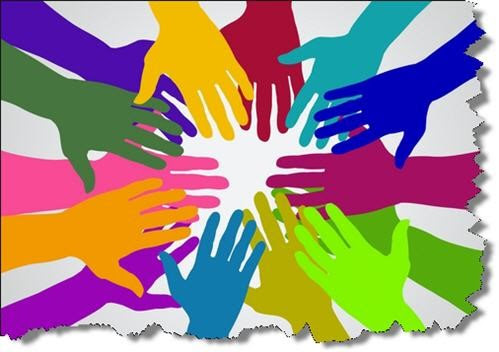 Please pass this on to colleagues, friends and people you serve!